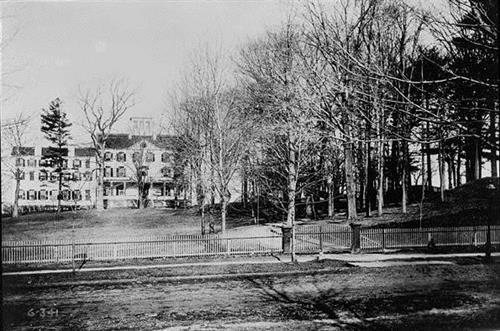 Built between 1762 and 1764, the Proprietary House was once home to William Franklin, the last Royal Governor of New Jersey and illegitimate son of Benjamin Franklin. The building suffered massive damage in a mysterious fire around the time of the Revolutionary War; it was later repaired and briefly flourished as a hotel before the War of 1812 killed local tourism. It was since changed hands and been restored numerous times over the centuries and is now owned by the State of New Jersey.

According to to “Daily Record,” the ghost of a Revolutionary War soldier is believed to haunt the building, and guests have reported seeing other apparitions. One spirit is that of a woman who stands in the dining room window, and the other is a little boy dressed in blue. The boy allegedly once opened the door for a delivery man and led him to the third floor.