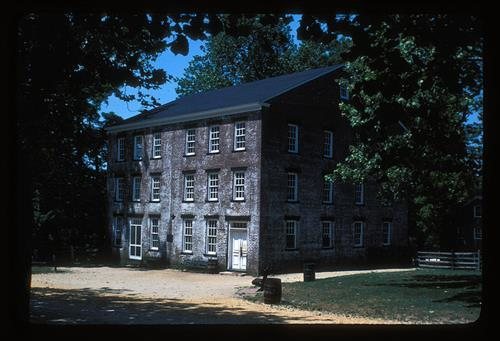 Allaire Village is an 1800s living history museum located within Allaire State Park. It was known as an iron-producing, factory-town that was a “self-sufficient community,” according to “The Historic Village of Allaire.” The public today can experience how life was back then in the iron industry and some of its ghostly inhabitants.

It is believed that Allaire Village is haunted by Hal Allaire, the son of James Peter Allaire. James Peter Allaire was a philanthropist, engineer, steam engine and boiler manufacturer, and all-around business man. He also purchased the land Howell Iron Works sits on. According to “Ashbury Park Press,” in 1832 when there was a cholera outbreak, the Allaire’s move to a large farmhouse, referred today as “The Big House.” The spirit supposedly lingers in the Big House and plays pranks on the employees by moving objects or messing with candles.

Another spirit that is believed to wander the home is that of Oscar Cheesman Smith, the manager of the Iron Works. Reports say his ghost can be found in the Manager's House and that he enjoys spelling out names using children's toy blocks.

Many of the buildings in Allaire Village are believed to be haunted. The Visitor’s Center is another one of them. It formerly served as the residence of ironworkers and their families. Some say they’ve sensed cold spots while others claim the feeling of someone watching them, especially if you go to the basement at night.

Some also say the spirit of Benjamin Marks, the village supervisor also exists. There have been psychics that have picked up on his spirit, a “nasty, angry man who wears boots,” according to “NJ.com.” Email Haunt