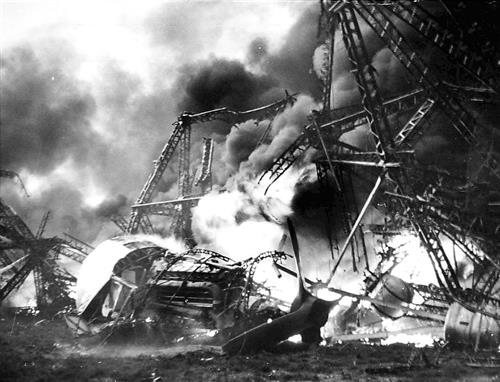 On May 6th, 1937, German airship LZ 129 Hindenburg caught fire and crashed to the ground in attempt to land at the Lakehurst Naval Air Station. Known as the Hindenburg Tragedy, the crash took the lives of 35 of the 96 aboard the aircraft, including both passengers and crewmen. After the incident the Lakehurst Hangar was temporarily re-purposed as a morgue. Had the airship not burned, Hangar No. 1 would have housed the 804-foot-long Hindenburg airship, according to “National Paranormal Association.”

It is said by many that the spirits of those killed in the crash remain at the site. Even the morning after, it is said “eyewitnesses could detect the horrible smell of burning flesh in the air” and some people were unaccounted for. According to “Weird NJ,” “some say that reverberations of the tragic event, of a paranormal nature, can still be felt around the Lakehurst Naval Base to this day – especially in Hangar No.1.” Many have reported hearing unnerving sounds of footsteps on the rafters along with other spooky sounds. Others have reported apparitions and voices yelling “She’s afire!” Most agree that the site has an overall ‘bad vibe’.

Today, Lakehurst Hangar No. 1 is used as a training facility for flight deck personnel, and there are several accounts of paranormal activity on the premises. The stories heard have also attracted investigation from ghost hunters like “SyFy’s “Ghost Hunters.”

Source: National Museum of the U.S. Navy, via Flickr