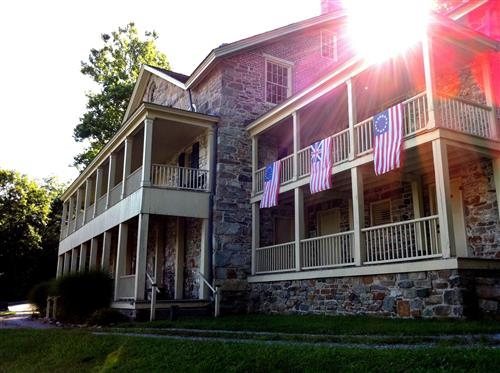 Built between 1760 and 1765 for the wealthy Shippen Brothers, this house changed ownership a number of times before being purchased by the State of New Jersey in 1974. It opened to the public over 20 years later after being restored, and can now be visited.

Guests have reported seeing the spirits of a soldier, a little boy in period dress, and a woman's torso that seems to "whoosh" around the building. Employees have also seen uncatalogued items appear on cupboard shelves and doors opening in the wrong direction.

The Manor was visited by SyFy's Ghost Hunter's crew in 2010, where the group experienced events similar to those the haunted claims that had been made.

Share Your Experience or Comments - Shippen Manor
Get More Info