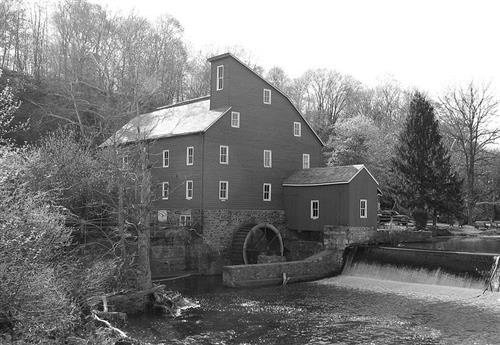 The Red Mill Museum Village was known as the Red Mill in history. It was built by Ralph Hunt and operated between 1810-1928 as an industrial mill. At its start, it was a mill processing plant for wool and then from 1828 to 1834, it expanded to also grind feed, flour and stone plaster, as well as sold chestnut wood for rails, according to the Red Mill Museum Village. While it was a running mill, it was documented that many deaths took place there.

Paranormal activity has been reported and said to be haunted by the people who died of work-related deaths; when the mill was first constructed there were no guards or safety measures, making workplace injury a common occurrence.

Tour guests have often remarked to staff regarding a re-enactor on the third floor—an old man in period clothing, wearing a black hat that doesn’t talk—but the museum has never employed any re-enactors, according to reporting from the Hunterdon County Democrat.. Several children who died near the mill are also believed to haunt this location. This haunt is so active it was featured on Ghost Hunters.

Today the property serves as a museum and it is also marked as a national registered historic place. On the 10-acre site sits the mill, the quarry village buildings, and other historic buildings like a one-room schoolhouse and carriage shed.

Red Mill in the evening.
Source: Brando.n, via Flickr