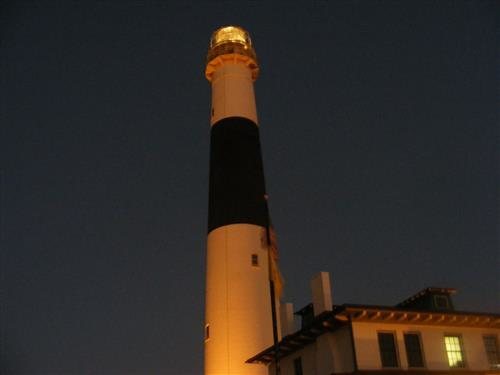 The Absecon Lighthouse overlooks the Absecon Inlet. It stands as the tallest lighthouse in New Jersey, at 171 feet and 228 steps. It served from 1857 to 1933 and now stands restored. It was built to prevent the tragedy of 1854 from happening again. In 1854, the Powhatan wrecked nearby and killed 311 passengers and crew members, and causing the Absecon Inlet to be nicknamed Graveyard Inlet.

Ghosts are said to exist at the location, dating back to 1905, according to by “Ghost Stories.” At that time, a keeper claimed to have seen the Jersey Devil at the top of the tower. Others since then have seen spirits and noticed smells of pipe and cigar smoke, and the sounds of spooky laughter, footsteps in the tower and the tower door opening and closing. Dimes are also said to appear in odd places.

The Lighthouse has no reported deaths, but tales of lingering ghosts remain, according to “HauntedHovel.com.” Some have reported seeing apparitions of people dressed in the 1800’s war uniform and civilian attire at the bottom of the lighthouse looking confused and lost at night.

Today the Lighthouse remains open to the public for touring. Many paranormal investigators have also visited the site, including “SyFy’s “Ghost Hunters.” The keepers’ quarters serve as a museum and gift shop.

Share Your Experience or Comments - Absecon Lighthouse
Get More Info