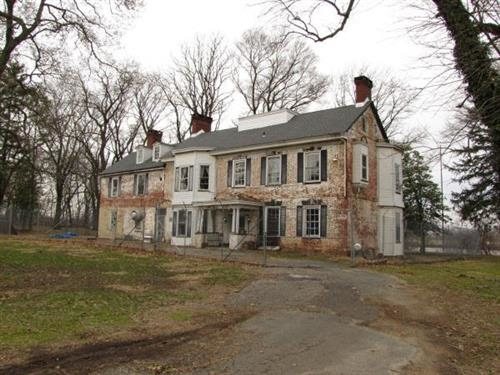 White Hill Mansion in Fieldsboro, New Jersey was built in 1722 by Robert Field. The historical home is known to be one of the most haunted and many paranormal stories exists, including from ghost hunters who’ve entered the home and collected evidence, according to Week in Weird.

Field was a successful merchant and an advocate of the American Revolution, but in 1775, he mysteriously drowned in the Delaware River, according to Bordentown Current. After Field’s death, his young wife Mary was left the home where she also cared for their three small children.

During the Revolutionary War Mrs. Field was reported by her loyalist neighbors as a rebel supporter after she had dinner with American naval Captain Tom Houston and his officers. Soon after her home was invaded by the British in search for hidden soldiers. In 1777, General Washington put in orders for Colonial Captain Thomas Read and Captain John Barry to dock the American ships at White Hill. Mrs. Field eventually ended up marrying Commodore Thomas Read in 1779 and he made White Hill Mansion his home until his death in 1788.

The home had remained a private residence even housing a U.S. Senator, entreprenuers, and rum runners. In 1923, Heinrich and Katrina Glenk turned it into Glenk’s Mansion House Restaurant. The restaurant served New Jersey’s upper-class for the next 50 years, but that was not without strange experiences.

Workers as well as patrons of the restaurant have reported sightings of a featureless “shadow man” who would appear and then disappear into the darkness. Other incidences include ghostly chatter, sounds of children playing in the nursery, and sounds of footsteps at the stairs in the middle of the night.

By 1999, the property had fallen into disarray and there was talk of it being abolished. The local community seeking the preservation of the home came to the rescue and by 2012 it was placed on the New Jersey State Register of Historic Places. It remains preserved with the help of Friends of White Hill Mansion.