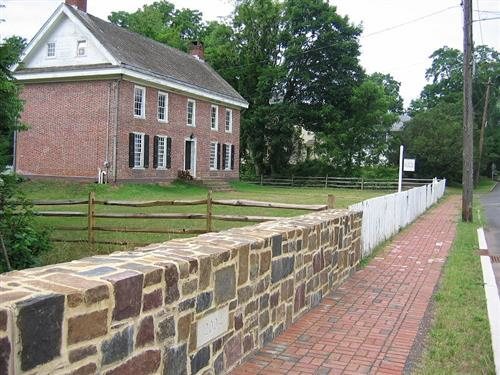 Built in 1751, the Old Dutch Parsonage was moved to its current location in 1913. The location is rumored to be quite haunted, with banging, objects being moved around in the night and screaming. The Wallace House is also believed to have a friendly spirit that taps your shoulders or tugs on clothing of guests and guides during tours. During the Revolutionary War, this is the location George Washington and his officers stayed between December 11, 1778 – June 3, 1779, according to “Revolutionary War New Jersey.”

The Wallace House, built in 1776, was owned by retired Philadelphia merchant John Wallace at the time. During the encampment, the Wallace family continued to live in half the house while Washington and his staff took over the other half, according to “NJ.com.” The Old Dutch Parsonage sits behind the Wallace House. It was moved a few feet from where it originally stood to accommodate work on the nearby railroad tracks.

The Wallace House remains furnished with period furniture and has been fully restored. Both the Wallace House and the Old Dutch Parsonage are on the New Jersey and National Registers of Historic Places and remains open to the visitors.