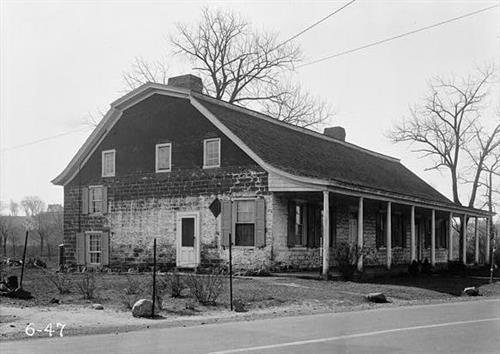 The Steuben House, also known as the Zabriskie-Steuben House, is a historical landmark, having been used by George Washington as a temporary headquarters for a period of just over two weeks during the Revolutionary War in September 1780. During that time, 14,000 soldiers also camped nearby. New Bridge ended up serving as a battleground, fort, encampment ground, military headquarters, and intelligence-gathering post during the years of the American Revolutionary War, according to “Visit NJ.”

The Steuben House was originally occupied by Loyalist Jan Zabriskie until it was confiscated to serve as military headquarters. After the war, the confiscated home was given to Major General Baron von Steuben to occupy in recognition of his service as inspector general of the Continental Army, according to “Crossroads of the American Revolution.” By 1788, the home was sold back to the Zabriskie family. Eventually the home would be purchase by the State of New Jersey. Since 1939, the Steuben House has served as Bergen County Historical Society’s headquarters.

It is said that the Steuben House is haunted by the ghost of General Baron von Steuben, whose apparition made a particularly spooky appearance in the 1950s. Steuben was allegedly sitting in a chair when he struck up a conversation with a woman who had been working there. After some time he asked how the war was going; when she told him that the Revolution ended nearly two hundred years prior the ghost appeared confused and promptly disappeared.

The Steuben House is the only building remaining from the 1776 Retreat through Bergen County, the Retreat to Victory, according to “Bergen County Historical Society.”

Share Your Experience or Comments - Steuben House
Get More Info