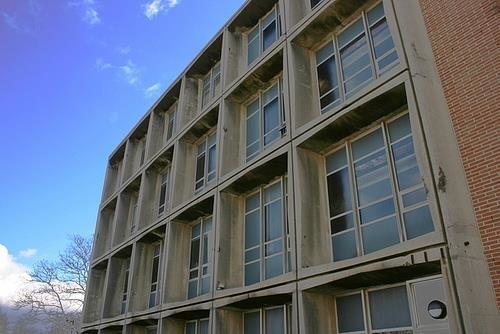 Kean University was established in 1855 in Newark and was originally named the Newark Normal School. In 1958, Kean College moved to Union and then became Kean University in 1997. It is said the school is haunted by ghosts.

Among the areas of the school haunted include the Wilkins Theater. According to “Weird N.J.: Your Travel Guide to New Jersey’s Local Legends and Best Kept Secrets. Vol. 2.,” Wilkins Theater is haunted by a man named George who died on the premise as a stagehand. Legend has it that the last one to leave the theater must say goodnight to George or the upcoming performance will turn bad. Others say that late at night a ghost would cause lights to shake and there would also be strange sounds from the pit and prop closets below the stage. Another ghost said to exist at the theater is a woman with blonde hair in a blue dress. She would appear at the wings, against the walls during classic plays on stage.

Other areas said to be haunted include the East Campus. Some say it is haunted by a young girl who attended the school when it was a Catholic school, according to Strange USA. The Eames building is also believed to be home to a malevolent spirit. Rogers Hall is also said to be haunted by the spirit of a student who will shut doors and gives some students a feeling of uneasiness. Rogers Hall was named after Laura E. Rogers, a 1920 alumni after her retirement in 1964, according to The Tower, the school’s student newspaper.

Also, sitting at Kean University is Liberty Hall Museum. The museum chronicles more than 240 years of American history, also housing collections of furniture, ceramics, textiles, toys and tools owned by earlier generations of the Livingston and Kean families. According to The Cougar’s Byte, the school’s newsletter: “Guests and workers have made allegations regarding sightings of floating orbs, random people/spirits roaming the house and other super natural occurrences after hours.”

Squirrel amongst the community at Kean University.
Source: Denisbin, via Flickr