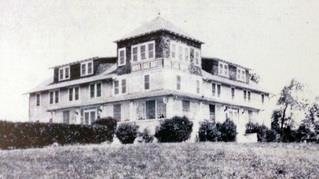 This restaurant was formerly the Iona Lake Inn and at some time it has also been known as Jake's Italian Restaurant. Today, it is the Lake House, a restaurant nestled on the shore of Iona Lake. It was built in the early half of the 1900’s as a popular inn and summer vacation spot.

Rumor has it that its rooms were rented and served as an illegal brothel and that there was a basement-located speakeasy during the Prohibition. Some say it continues to be haunted by the original owners, a “lady in black,” and a ghost named Victor.

According to the ghost story told by “Lake House,” the boy named Victor was hired to run the front desk when it was the Iona Lake Inn. He would experience unsettling moments while at work, including strange noises, objects being moved to another place when he was sure it was somewhere else before, and unexplained broken dishes.

One night, Victor found the dead body of a long-time guest. After that point, he became paranoid and obsessed. He made efforts to prove the haunts and happenings at the inn were real. Unfortunately, the Lady in Black that Victor believed to haunt the inn would end up chasing him to his death. Vincent ended up falling from the Lady in Black’s chase one night smacking his head to the floor and bled to death.

According to all the rumors, there’s plenty of ghosts, spirits, and paranormal activity to uncover at the Lake House. It’s also listed as a “haunt” on “Strange USA” and by other paranormal resources. Email Haunt