Get Ready for a Scary Christmas in New Jersey! 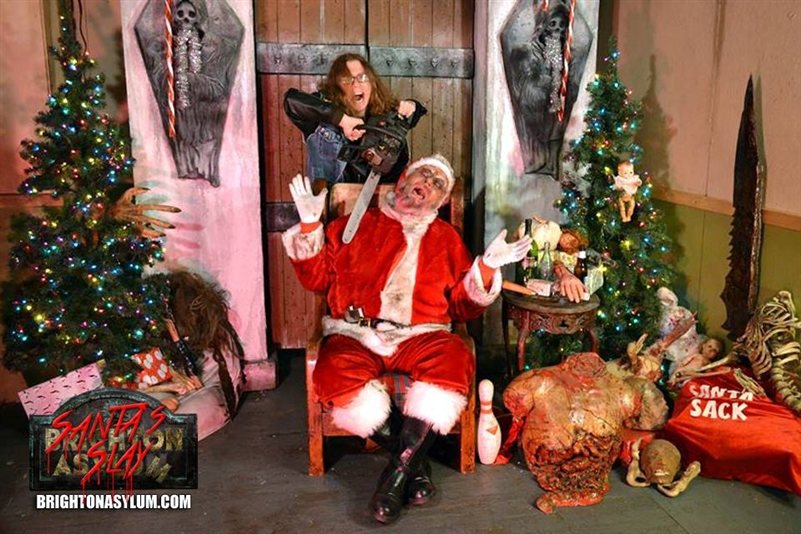 You better watch out, you better not cry...
Photo by: Brighton Asylum

It seems like the "Christmas Creep" has gotten worse and worse year after year. While many of us were still just beginning to plan out which haunted houses to visit and what costumes to put on for Halloween, stores around the country had already begun stocking tinsel and artificial evergreens. In fact, many didn't even wait until the start of autumn before they rolled out the Christmas decorations. Though drinking egg nog, exchanging gifts, and going caroling may be all well and good, the rush to dive headlong into Christmas earlier and earlier has gotten out of hand–even Thanksgiving has not been spared the Xmas invasion, as retail chains have decided to lure shoppers away from a festive turkey dinner with their families in favor of the chance to rummage for discounts on potential presents at crowded shopping malls.

With this constant thrust into other holidays, it seems only fair that Halloween should start shoving back a little and have a few parties of its own during what would traditionally be Christmastime. To the delight of Jersey's resident lovers of all things macabre and spooky, one of our favorite haunts has taken it upon itself to do just that. Brighton Asylum in Passaic will be hosting a special Christmas-themed haunt for two days only this December, so go get your fill of one last Halloween hurrah in 2015!

Santa's Slay at Brighton Asylum
Brighton Asylum is bringing you everything a Horror fan could wish for this Christmas. Take a tour of Santa's workshop where you'll see lobotomized elves mindlessly packaging demented toys, but watch out! Rabid reindeer are on the prowl, Evil Jack Frost has been spotted in the area, and ol' Saint Nick has taken to wielding a chainsaw.

Santa's Slay is open for two days only: Saturdays December 19th and 26th. Ticket booth hours are from 8:30pm to 10:30pm. This event is not intended for small children. General admission is $25 per person, fast passes are $45 per person, and pictures with Santa are an extra $5 per person. 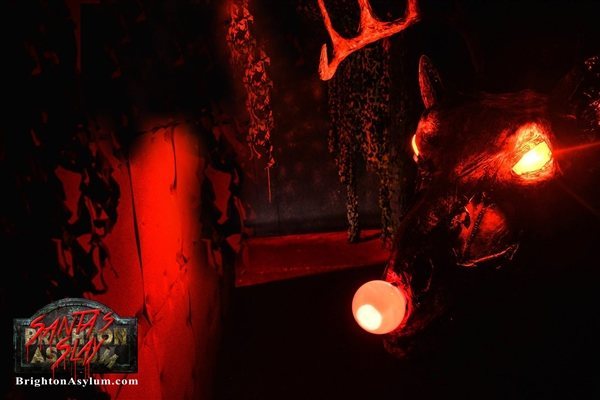 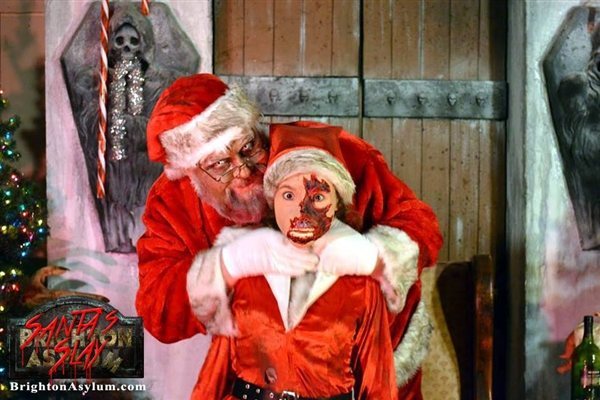 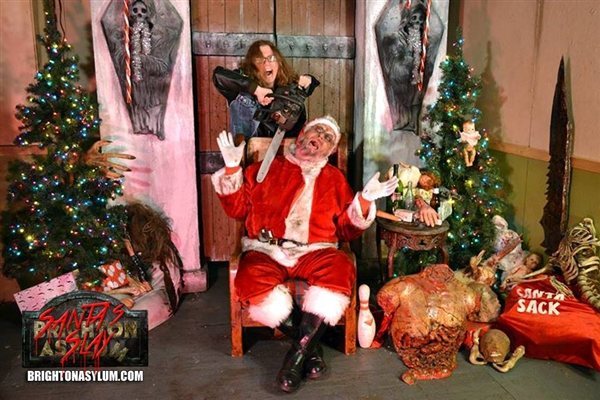 You better watch out, you better not cry... Source: Brighton Asylum