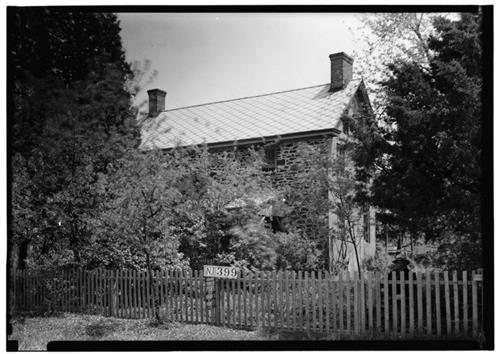 Leeds Point, a small community in the Pine Barrens, is quite literally the birthplace of the Jersey Devil. For hundreds of years now, legend has it that a mythical beast lived within the Pine Barrens. According to The New Jersey Historical Society, legend has it that a woman by the name of Deborah Smith emigrated from England and was married to Mr. Leed. Unfortunately, Mr. Leed was a drunkyard of a husband who provided little support to his wife and their 12 children. When Mrs. Leed found herself pregnant for the thirteenth time, she looked to the sky and cried “Let this one be a devil!”

When Mrs. Leeds went into labor on a stormy night with her 13th child, local midwives came to help her through the birthing process. She ended up giving birth to a healthy baby boy, but soon after he didn’t turn out as normal as they’d believed. Within minutes, the baby boy began to transform! Horns sprouted from his head as his body began to grow. Talons sprouted from his hands, leathery wings from his back, and feathers popped out all across the baby’s body. The creature’s eyes glowed red and before long it turned on its own mother, killing Mrs. Leed and clawing at the terrified crowd about it. Many were either killed or maimed in the incident, including much of the Leeds family; the devil flew out the chimney, tearing it off in the process, and was soon out of sight.

How true this story is, it’s up to you to determine, but back in the 1700s many people believed a child with a birth defect signaled that the child was cursed by God. In any event, a video documentary produced by Weird NJ has noted that since the time of the Jersey Devil’s birth, there have been thousands, if not more, sightings of the Jersey Devil in Leeds Point and the surrounding areas, including eerie noises within the woodlands.

Most famously, the creature is said to have been unusually active between January 16th and 23rd, 1909. Locals began noticing strange footprints throughout the Delaware Valley that week, making tracks over and under fences, across rooftops, and through wide fields. Panic set in as bloodhounds refused to follow these tracks; workers and children who had to travel through the woods refused to go to their jobs and schools. Witnesses claimed to see the beast in Camden and Bristol, Pennsylvania; it attacked a social club late one night and a trolley in Haddon Heights. Farmers reported that their livestock were being slaughtered, and one Camden Woman even said the devil tried to eat her dog. Though there has not since been a week quite so active as this one, the tales of the Jersey Devil continues to terrify people.

The notable sightings from 1909 even resulted in a sketch of the creature, according to The Committee for Skeptical Inquiry noting it had batlike wings, a horse head, claws, and the general air of a dragon.

While the Jersey Devil has quiet in recent years, according to NJ Pine Barrens, to this day people continue to sense eeriness around the Leeds Point Pine Barrens.