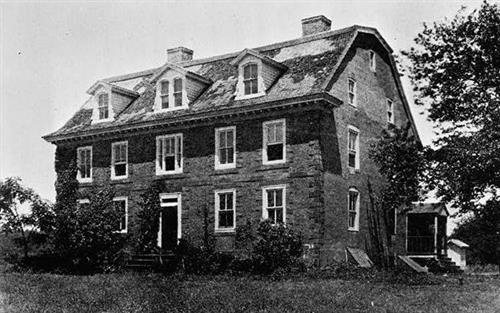 Built in the 1700s, Dey (pronounced “dye”) Mansion has seen activity for over 260 years. Known as Bloomsbury Manor at the time of the Revolution, the house played a vital role as it served as Washington’s headquarters twice in 1780 (from July 1-28 and October 8-November 27), according to “Try to Scare Me.” It was during one of his stays at the house that Washington received news that the French allies had arrived in July of 1780. Later on that year, Washington returned to the mansion when he learned that Benedict Arnold betrayed the Americans.

After Washington's return to the Mansion, it is said that he battled his own ghosts of fury and frustration within the rooms, according to a post from “Paranormalist.” Washington’s presence at the mansion was long ago, but rumors have gone around about sighting apparitions. Spooky apparitions have been seen on the grounds and roads. Some say if you were to drive by the mansion late at night, you may come across the ghost of a soldier.

The mansion today stands as a historic monument. It is also the meeting place for several revolutionary war organizations and the headquarters of the Robert Erskine’s Militia.

Share Your Experience or Comments - Dey Mansion
Get More Info