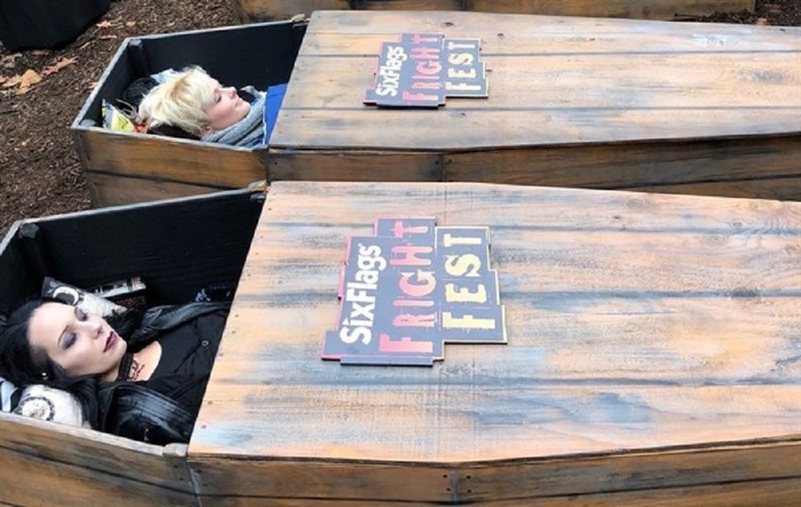 The Six Flags 30-Hour Coffin Challenge was extended to all park locations in North America. Pictured are contestants in the Six Flags St. Louis challenge.
Photo by: Six Flags

Jackson, New Jersey - Oct. 23, 2018 - Six Flags Great Adventure put out the call for those who would dare to spend 30 hours in a coffin during the Northeast’s largest Halloween party, Fright Fest. When the registration deadline ended, more than 4,300 people from all over the country had entered to be a Coffin Dweller. The now-viral Six Flags 30-Hour Coffin Challenge will take place this weekend, October 28 and 29. The six participants will lay in a wooden coffin for 30 hours, receive a six-minute bathroom break each hour, limited cell phone usage, meals in their coffins and unannounced visits from the Fright Fest freaks. Those who complete the 30 hours will receive two 2019 Gold Season Passes and Dining Passes, two Haunted Maze Express Passes, $300 and…they get to keep their coffins!