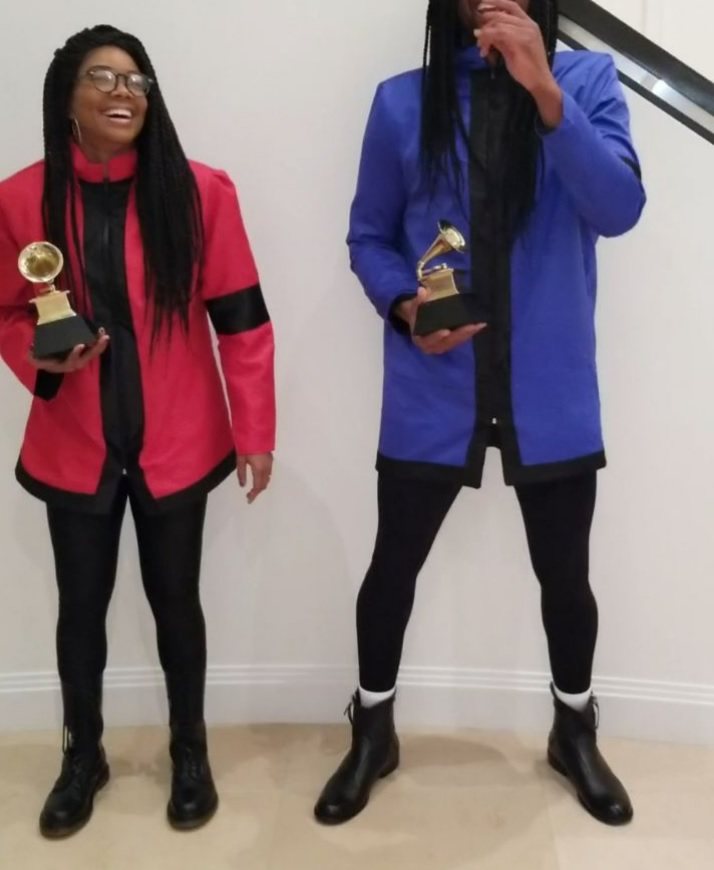 The week after Halloween is always a ton of fun for those of us who love Halloween costumes - there's tons of great holiday costumes and looks put together by celebrities that start popping up on Halloween night, and don't seem to stop for weeks into November. While many celebs had amazing stand alone costumes, there were also some that had EPIC couple costumes with their partners, and we've put together a few of our faves for 2017 for you to check out.

Here are our top Celeb Couple Halloween Costumes for 2017:

Beyonce & Jay Z as Lil Kim and Biggie - The two went all out this year, with Jay Z even recreating Biggie's iconic red jacket as part of their Biggie Smalls and Lil Kim couple's costume this year.

Sarah Hyland & West Adams as Dustin and Eleven from Stranger Things - This gender-bending costume was adorable, funny, and just an all around cute couple's costume, and one we're definitely enamored with!

Gabrielle Union & Dwayne Wade as Milli Vanilli - In possibly the funniest, and most adorable couple's costume of them all, the duo went as iconic Grammy flops Milli Vanilli, complete with Grammy statues - this costume was definitely the definition of #RelationshipGoals.

Ryan Seacrest & Kelly Ripa as Cersei and Jaime Lanister from Game of Thrones - If you've seen Game of Thrones, then you know why this costume is hilarious, and the duo definitely pulled off the look this Halloween during their show.

What's Your Favorite Celeb Duo Costume for 2017? Let Us Know in the Comments Below!